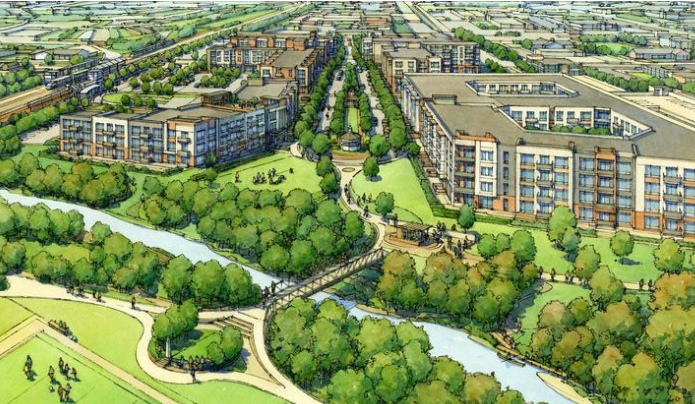 Hankin Group moves forward with the first phase of River Station, a mixed-use transit oriented development in Downingtown. Demolition is currently underway, with plans to build 442 residential units and 14,200 square feet of retail space on the property, which sits on Boot Road and Route 322 in Downingtown borough. Encompassing the future site of the new Downingtown AMTRACK/SEPTA train station. It will feature a pedestrian bridge connecting Downingtown’s Johnstontown Park to the east bank of Brandywine Creek.

River Station will be built on the former Sonoco paper mill site in Downingtown that Trump once tweeted the following about "Passing what was once a vibrant manufacturing area in Pennsylvania," Trump tweeted in April 2016. "So sad!"

River Station Phase One, projected to open in spring of 2023, will include 203 luxury apartments and be the newest multi-family community to join Hankin Apartments' award-winning, diverse portfolio. Apartment amenities will include a state-of-the-art clubhouse with resident lounges, fitness and yoga studios, work share spaces, a private viewing room, a private conference room, a resort-style pool, a pet spa, and more.

The site that was once the Sonoco Paper Company will be revitalized to offer a new kind of urban development for the Downingtown Borough and surrounding communities, Hankin Group said.

Robert Hankin is also the developer of the very popular Eagleview Community and Keva Flats in Exton, PA